Lasha Kandelakishvili successfully graduated from the Faculty of Mining and Geology of Technical University of Georgia in 2007. In 2017, he earned Master’s Degree at Legnica University of Management in Poland.

Lasha Kandelakishvili had been lecturing for years and had worked for various NGOs. He is the author of 5 manuals, scientific papers and publications.

From 2010 to 2015, Nino Taliashvili was the head of legal service at National Center for Educational Quality Enhancement, while in 2015-2019 she led legal office at Saint Andrew the First-Called Georgian University of the Patriarchate of Georgia.

Nino Taliashvili is authorization expert of higher education institutions. In October 2019, she was appointed by the Prime Minister of Georgia as a member of the Board entitled to carry out the vocational training/retraining program.

Nino Taliashvili has collaborated with the United Nations Development Program (UNDP) as a law expert. She is currently working with the World Bank and the German Society for International Cooperation (GIZ) as an education law expert.

Tamar Zarginava successfully graduated from Eastern European University of Economics and Management Bachelor program in law, in 2013, and in 2015 she received a Master's degree in law at the same university.

Sophio Khundadze completed Doctoral Program at International Black Sea University in 2010 and was awarded an academic degree of Doctor of Business Administration. She owns an ACCA diploma in Accounting and Business.

Sophio Khundadze is an Associate Professor in Finances. She is an author of scholarly works, including monograph (published by VDM Verlag Dr. Muller, Germany), and research articles. She is a reviewer for referred, scholarly, professional journals (Pinnacle Business Management (ISSN: 2360-946X), Pinnacle Economics and Finance (ISSN: 2360-9486), Journal of Modern Accounting and Auditing (ISSN: 1548-6583). Sophio Khundadze also delivers lectures in business and finances. She has participated in Erasmus + project through which she was a visiting lecturer at Insubria University (Italy).

Sophio Khundadze is a member of Educational Committee and a member of Lifelong Learning Supervisory Board at the Georgian Federation of Professional Accountants and Auditors. She is a participant of the World Bank CFRR (Center for Financial Reporting Reforms) project “Strengthening Auditing and Financial Reporting Education in the Countries of Eastern Partnership”.

About the Governing Board of European University

The Governing Board of European University  is the governing body of the University, which aims to:

Members of Governing board 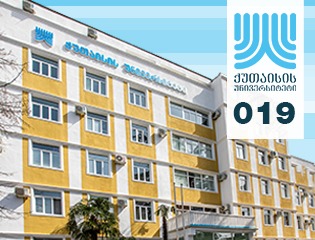